Here i am listing some good hacking free software which is very useful to hack any system.Download from  HERE.(1)NESSUS-Nessus is one of the most popular and capable vulnerability scanners, particularly for UNIX systems. It was initially free and open source, but they closed the source code in 2005 and removed the free "Registered Feed" version in 2008. It now costs $1,200 per year, which still beats many of its competitors. A free “Home Feed” is also available, though it is limited and only licensed for home network use. 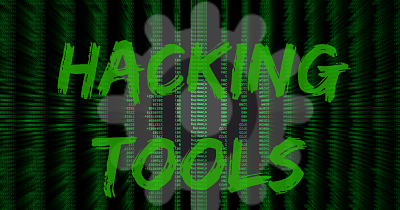 Nessus is constantly updated, with more than 46,000 plugins. Key features include remote and local (authenticated) security checks, a client/server architecture with a web-based interface, and an embedded scripting language for writing your own plugins or understanding the existing ones. The open-source version of Nessus was forked by a group of users who still develop it under the OpenVAS name.

(2)METASPLOIT-Metasploit took the security world by storm when it was released in 2004. It is an advanced open-source platform for developing, testing, and using exploit code. The extensible model through which payloads, encoders, no-op generators, and exploits can be integrated has made it possible to use the Metasploit Framework as an outlet for cutting-edge exploitation research. It ships with hundreds of exploits, as you can see in their list of modules. This makes writing your own exploits easier, and it certainly beats scouring the darkest corners of the Internet for illicit shellcode of dubious quality.Metasploit was completely free, but the project was acquired by Rapid7 in 2009 and it soon sprouted commercial variants. The Framework itself is still free and open source, but they now also offer a free-but-limited Community edition, a more advanced Express edition ($3,000 per year per user), and a full-featured Pro edition ($15,000 per user per year). Other paid exploitation tools to consider are Core Impact (more expensive) and Canvas (less).The Metasploit Framework now includes an official Java-based GUI and also Raphael Mudge's excellent Armitage. The Community, Express, and Pro editions have web-based GUIs.(3)AIR-CRACK -Aircrack is a suite of tools for 802.11a/b/g WEP and WPA cracking. It implements the best known cracking algorithms to recover wireless keys once enough encrypted packets have been gathered. . The suite comprises over a dozen discrete tools, including airodump (an 802.11 packet capture program), aireplay (an 802.11 packet injection program), aircrack (static WEP and WPA-PSK cracking), and airdecap (decrypts WEP/WPA capture files).(4)JOHN THE RIPPER-John the Ripper is a fast password cracker for UNIX/Linux and Mac OS X.. Its primary purpose is to detect weak Unix passwords, though it supports hashes for many other platforms as well. There is an official free version, a community-enhanced version (with many contributed patches but not as much quality assurance), and an inexpensive pro version.(5)CAIN & ABEL- It`s password cracker tool for windows lke john the ripper (unix).UNIX users often smugly assert that the best free security tools support their platform first, and Windows ports are often an afterthought. They are usually right, but Cain & Abel is a glaring exception. This Windows-only password recovery tool handles an enormous variety of tasks. It can recover passwords by sniffing the network, cracking encrypted passwords using dictionary, brute-force and cryptanalysis attacks, recording VoIP conversations, decoding scrambled passwords, revealing password boxes, uncovering cached passwords and analyzing routing protocols.(6)NMAP-Nmap ("Network Mapper") is a free and open source (license) utility for network discovery and security auditing. Many systems and network administrators also find it useful for tasks such as network inventory, managing service upgrade schedules, and monitoring host or service uptime. Nmap uses raw IP packets in novel ways to determine what hosts are available on the network, what services (application name and version) those hosts are offering, what operating systems (and OS versions) they are running, what type of packet filters/firewalls are in use, and dozens of other characteristics. It was designed to rapidly scan large networks, but works fine against single hosts. Nmap runs on all major computer operating systems, and official binary packages are available for Linux, Windows, and Mac OS X. In addition to the classic command-line Nmap executable, the Nmap suite includes an advanced GUI and results viewer (Zenmap), a flexible data transfer, redirection, and debugging tool (Ncat), a utility for comparing scan results (Ndiff), and a packet generation and response analysis tool (Nping).YOU CAN DOWNLOAD ALL THIS TOOL FROM BELOW LINKhttp://sectools.org/There are lots of tools,but download which are necessary for you. And use it carefully.

Information about the DOWNLOAD USEFUL HACKING TOOLS 2016 we have conveyed

A few of our information about the DOWNLOAD USEFUL HACKING TOOLS 2016, I hope you can exploit carefully
You have finished reading DOWNLOAD USEFUL HACKING TOOLS 2016 and many articles about Tech Gallery in our blog this, please read it. and url link of this article is https://littlebitjohnny.blogspot.com/2016/06/download-useful-hacking-tools-2016.html Hopefully discussion articles on provide more knowledge about the world of new tech gadgets.